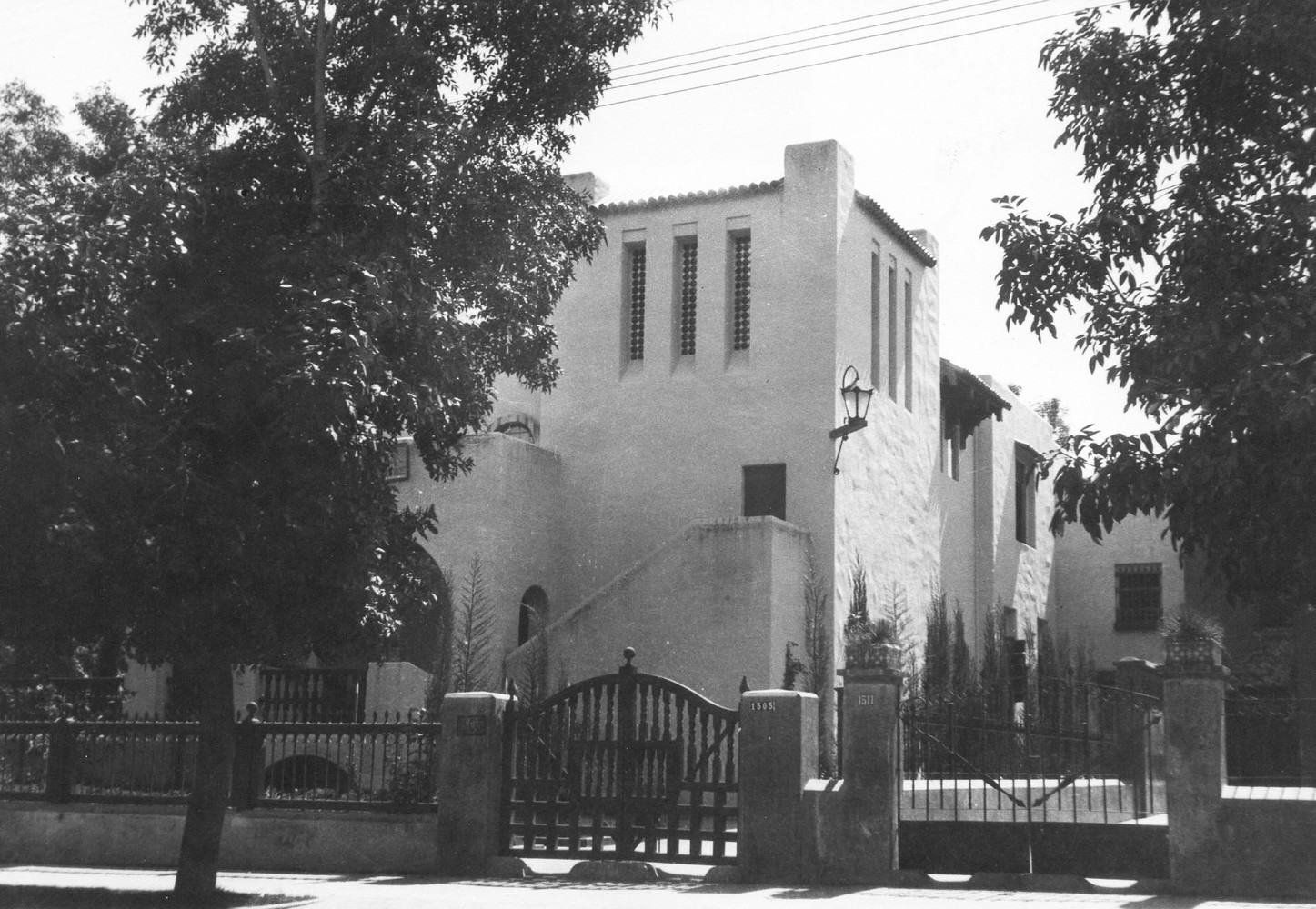 As Barragán’s first major design for an urban villa, this residence for the Aguilar family exemplified his exploration of spatial and formal components in his early architectural works. It was representative of the architect’s approach to housing for the wealthy bourgeoisie at the time, particularly his attention to transitions between spaces and his treatment of the study as an independent unit.

The house occupied an elongated site bordered by narrow perimeter areas: to the west, a main pedestrian entrance and a car access leading directly to the garage; to the east, a garden strip with another vehicular access at the rear of the house. The front facade featured a loggia that shielded the main entrance and provided a transition between the lower front garden and the strip of greenery on the east side, compensating for the site’s gradient. A richly decorated wooden balustrade securing the higher platform was further extended to enclose the loggia’s arched opening toward the front yard, where a square fountain was set flush with the paving.

In counterpoint to the horizontal mass of the loggia, a tower-like element housing the stairwell occupied the northwest corner of the front elevation. This volume was marked on two sides by narrow, parallel openings that further accentuated its verticality and lent a distinctly modern accent to the overall composition. From the loggia, an external flight of steps met the internal stairs through a door at the mezzanine landing, providing separate access to the homeowner’s study on the upper level of the house. With its en suite bathroom and roof terrace entrance, the study was conceived as an independent unit, set aside from domestic functions and thereby imbued with special significance and symbolism.

No drawings related to the project have been located to date. However, a plan published in a 1932 issue of Nuestra arquitectura magazine shows the house’s longitudinal layout. A long corridor forms the central axis of the building, connecting the entrance loggia, vestibule and living room in the front with the patio, open-air pavilion and another loggia in the back. Four bedrooms and two bathrooms overlook the narrow east garden, while the dining room, kitchen and service areas face west.

A small number of period photographs document the building’s key features and spatial sequences, characterized by fluid transitions between interior and exterior. One of these is a view from the main corridor towards the rear garden, showing how the hallway worked as a framing device for the patio and its central fountain. Other photographs capture the striking spatial effects created by the proportions of the double-height vestibule and living room. The defining element of this passage was a round arch reaching almost to the ceiling, enhanced by a tall wooden gate with elaborately turned balusters. Contrasting with the soaring height of the arch, a low rectangular opening in the same wall led to the tower stairwell, which in turn accessed an internal balcony running along the west wall of the living room to the study.

Oral history and the surviving photographs of the Aguilar House indicate that Barragán’s decorative language, rooted in both local and Mediterranean traditions, reached a level of refined elegance with this project. From vernacular accents found in riveted doors, detailed carpentry work, glazed roof tiles and large-scale terracotta vases, to such design features as the chimney’s complex lines, the roof-tile canopy over the study door and a trifora window, the architect implemented a consistent formal vocabulary that reappeared in later works.